A US patent for new Dosage form TFDS (Topical Film Delivery System) has recently been awarded to Mr. Bhalani, et. al and assigned to Sidmak India.

This patent is also available for licensing to major international companies for a novel dosage form to deliver JAK Inhibitors for hair growth and Minocycline for treatment of acne.

Many topical disease conditions in human can be difficult to treat with conventional oral dosage forms due to systemic medications failing to reach thesite of disease, or failing to reach a minimum inhibitory concentration at the site, resulting in failure to treat the condition. Currently available topical pharmaceutical formulations are well-known, but suffer from many drawbacks. Conventional topical formulations like creams, lotions, ointments etc., while providing drug exposure to skin surface may also allow greater systemic circulation, which may not be desirable in certain drugs like immuno modulators. A novel delivery system which would limit systemic circulation while allowing skin tissue to retain greater amount of drug may prove superior treatment option.

The need for multiple applications a day is frequently associated with poor compliance of patients. Thus, prolonging the contact time of active substances to the skin and thereby reducing the application frequency is a further objective of this novel drug delivery system.

Transdermal patches do address the above drawbacks to a certain extent, however due to size limitations, a skin condition affecting a large surface area pose challenge in application of patches.

Purpose of the invention

A novel dosage form has been developed by Sidmak Laboratories (India) Pvt. Ltd. to address current limitations of avaliable topical dosage forms and further enhance treatment options for various skin conditions. The dosage form is developed as an unique gel form which when applied to skin forms a thin bioadhesive film which can stay on for desired period of time providing continuous release of drug to the outer layer of skin. The film can be removed easily without leaving substantial residue on the skin.

The unique feature for such delivery system is one that at certain exposure time the skin attains effective concentration. The film can be removed after the defined exposure time while skin will maintain the effective concentration for a period of time even when the film has been removed, thus providing a dosage regimen not requiring constant presence of film. Such dosage frequencies can be tailored based on chemical and physical attributes of the drug substance and the formulation excipient system.

The skin is the largest organ of the body. Its large surface area in direct contact with the environment presents tremendous opportunities for drug delivery. The human skin is organized into two distinct layers, namely the epidermis and dermis directly beneath. The highly vascular dermis is made up of a connective tissue matrixcontaining the nerves, hair follicles, pilosebaceous units and sweat glands. The epidermis is a vascular and its outermost layer, the stratum corneum, consists of keratin-rich, dead epidermal cells called coenocytes embedded within a lipid rich matrix. The stratum corneum forms the primary barrier for drug permeation especially to water-soluble compounds. Consequently, drug delivery across the stratum corneum has become the essence in the design of many dermal delivery systems.

Various formulations using this novel approach have been evaluated. Following is an example of one such formulation using a model drug.

Application with a Roll-On applicator 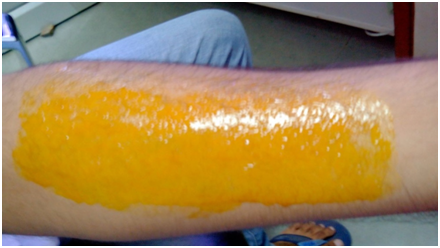 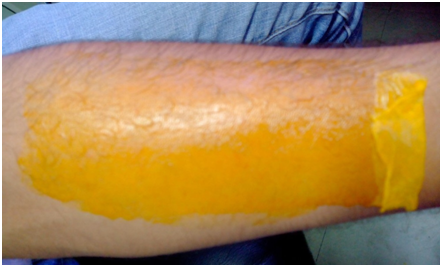 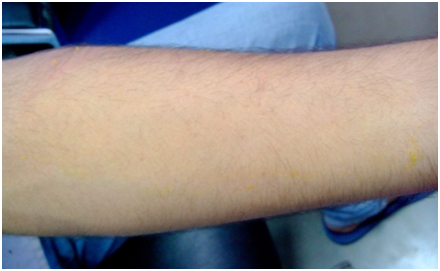 All Rights Reserved. © 2020 || Designed and Developed by Nirali Tandel